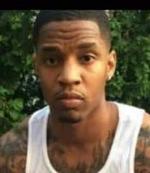 Jayme attended Maumee City Schools and later attended Owens Community College. Because of his love for sports Jayme watched and participated in activities such as weightlifting, football, basketball, and boxing, he was a participant of the Police Athletic League (P.A.L). He was a protector of his family and close friends. Jayme had a heart of inspiration and motivation, always encouraging others not to give up and to reach their goals.

Jayme shared a special bond with his great-grandmother Mary Hardy of whom they shared the same birthdate.

Due to COVID-19 there will not be a repast.