Obituary for Henry A. Dupree 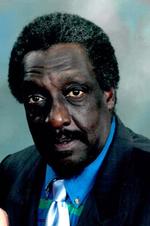 Growing up as an only child, and being a junior, he was affectionately known as, June and Junebug. He graduated in 1964 from Jesup W. Scott High School, and after spending some time in Seattle, Washington in college, "June" returned to Toledo to pursue other avenues.

While trying different trades to determine his career path, he found his first passion - painting. With his desire to be his own boss and his attention to detail, "June" began painting houses all over Toledo. He was always known for giving a good deal and doing a great job. With years of painting to his name, when he would no longer climb high on his painter's ladder, he still was the boss to those that did.

"June's" hobbies included playing his numbers, and his love for dogs. He spent the majority of his life educating himself on anything to do with dogs, his favorite breed being the pit bull. After sharing his expertise in breeding and training dogs with others, he became the well known "HooDoo".