To share your memory on the wall of Glenn Easley, sign in using one of the following options:

Provide comfort for the family of Glenn Easley with a meaningful gesture of sympathy.

Print
Glenn M. Easley, 59, lost his battle with Covid-19 on Thursday, May 14, 2020 at the University of Toledo Medical College, formerly Medical College of Ohio. He was the son of Doris Easley and the late Deacon James Porter.

In his youth, Gl... Read More
Glenn M. Easley, 59, lost his battle with Covid-19 on Thursday, May 14, 2020 at the University of Toledo Medical College, formerly Medical College of Ohio. He was the son of Doris Easley and the late Deacon James Porter.

In his youth, Glenn attended Martin Luther King, Robinson Junior High and Scott High School. He was quite the ladies' man, always loving and fun to be around, with many friends. Glenn loved family; he would always help family and friends in need. Glenn loved to dance and party, and was a nice dresser.

In February of 1979, Glenn enlisted in the United States Army and was discharged in February 1982, with an honorable discharge. He returned home ill and some years later had a stroke. He later resided at Heahterdowns Rehab, where he became ill from the virus and was sent to UTMC, where he passed. He was well known by staff for his love of cigarettes and Pepsi.

Special thanks to Peggy Greener and Randy Olmstead, their kindness and support during Glenn's stay at Heatherdowns. Glenn will forever be loved and in our hearts.
Read Less

To send flowers to the family or plant a tree in memory of Glenn M. Easley, please visit our Heartfelt Sympathies Store.

Receive notifications about information and event scheduling for Glenn

There are no events scheduled. You can still show your support by sending flowers directly to the family, or planting a memorial tree in memory of Glenn M. Easley.
Visit the Heartfelt Sympathies Store

We encourage you to share your most beloved memories of Glenn here, so that the family and other loved ones can always see it. You can upload cherished photographs, or share your favorite stories, and can even comment on those shared by others.

Posted May 20, 2020 at 10:14am
So sorry for the loss of your family member. May his spirit and soul now have eternal rest. Your Aunt Juanita, always spoke of love and concern for him. Praying that the family finds comfort in knowing that others care. Doris A. Greer
Comment Share
Share via:
GH 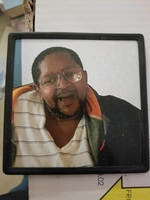 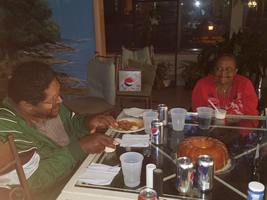 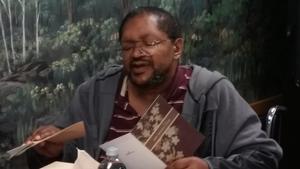