To share your memory on the wall of Gina Stokes, sign in using one of the following options:

Provide comfort for the family of Gina Stokes with a meaningful gesture of sympathy.

Her passion for Children was only part of her work ethic. She had a smile that would light up the entire work space of her Co-Workers. You could hear her high-pitched voice talking and laughing amongst her Co-Workers on a daily basis. She spent over 27 years working as a Child Care Developer.

Before Gina's illness, she was working as a Certified Lead Technician at the Twenty-Four-Seven Child Development Center which is located in Norfolk Va. where she provided Child Care to the Families who are in the Military, or they work for the Department of Defense.

In 1984 the Spirit of the Lord confirmed himself in her during her fellowship at the Greater Zion Apostolic Church, in California. She was always active in the church as a child, but she became more involved during this time as she was appointed to work on the Usher Board. While Gina lived in Cherry Point North Carolina, She became the Head Usher at Christ Temple Apostolic Church. She continued her service for the Lord in Okinawa Japan during a second tour on the island where she attended Bible Way Apostolic Church and was appointed as their Head Usher.

Gina loved talking with her family members over the phone regardless how far away they were from one another. She always made the time to ensure that they were in good Spirit and health. Gina would start her daily activities as early as 4:30 in the morning where you could hear her laughing and talking on the phone to one of her Sisters or Her Daughter. Gina lived her life as if she was a role model for every Wife, Mother, Sister, Grand Mother, Aunt, Niece, and finally, she was the perfect example of a good Friend. She will never be forgotten because the joy of her Spirit will forever be in our Hearts.
Read Less

To send flowers to the family or plant a tree in memory of Gina Lonas Stokes, please visit our Heartfelt Sympathies Store.

Receive notifications about information and event scheduling for Gina

Print
The services will be private due to the COVID-19 Pandemic. There will be live streaming, which can be watched anytime after the services.

We encourage you to share your most beloved memories of Gina here, so that the family and other loved ones can always see it. You can upload cherished photographs, or share your favorite stories, and can even comment on those shared by others.

Flowers were purchased and a memorial tree planted for the family of Gina Stokes. Send Flowers

Posted Apr 21, 2020 at 01:05pm
Gina. Thank you for all the talks and laughter we shared over the years. You will be miss dear heart. Praying for your family in their time of sorrow. Rest in paradise. Love you
Comment Share
Share via:
R

Posted Apr 21, 2020 at 11:55am
Sweet Gina,
In life we loved you dearly. In death we love you still. Your loving smile, your gentle face, no one can ever take your place.
The golden gates stood open, God saw you needed rest. God’s garden is beautiful, for he always picks the
best.
Gina’s family, May God comfort you all and give you strength during this difficult time...
Love Always
Redd & Family
Huntsville, Alabama

Posted Apr 21, 2020 at 12:57am
I will always remember the first time that I met you my Uncle Uzell had a smile on his face that spoke volume about how happy the two of you were , my prayers are with my family as they say they're final goodbyes, those memories will always be a part of my life and in my heart rest in peace Aunt Gina rest in peace
Comment Share
Share via:
RG

Posted Apr 20, 2020 at 09:59am
My heart is broken. Gina was a kind and thoughtful person. I enjoyed working with her. May you find comfort and peace in knowing, she is in a better place.
Comment Share
Share via: 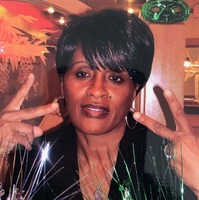 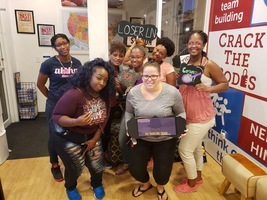 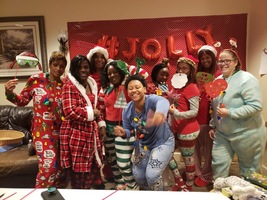