To share your memory on the wall of General Anderson, sign in using one of the following options:

Print
Deacon General Lee Anderson, II was born January 19, 1940 to Julius and Beatrice Anderson in Sweden, Arkansas. He passed away July 4, 2020 at the age of 80.

General united in matrimony to then Rosie Putillo March 25, 1968 and to this uni... Read More
Deacon General Lee Anderson, II was born January 19, 1940 to Julius and Beatrice Anderson in Sweden, Arkansas. He passed away July 4, 2020 at the age of 80.

General united in matrimony to then Rosie Putillo March 25, 1968 and to this union nine children were born. He and his family moved to Toledo, Ohio in 1969. He worked for Unicast for 25 years and retired in 1995. He served as a deacon in the ministry and was an active member at Canaan Manifested Word Church under the leadership of Bishop Randall Parker III.

General loved to sing and was a member of numerous quartet groups. He enjoyed waking up early mornings to go fishing. He was known by many for his delicious cooking. General also worked on cars, and most importantly he loved spending time with his family. His kind heart and generous spirit allowed many people to come around and feel like they were one of his own. He and his wife Rosie did not mind feeding and helping all they could.

He was preceded in death by his parents Julius and Beatrice Anderson, 2 sisters, 5 brothers, 1 daughter, and 4 sons.

To send flowers to the family or plant a tree in memory of General Anderson II, please visit our Heartfelt Sympathies Store.

Receive notifications about information and event scheduling for General

We encourage you to share your most beloved memories of General here, so that the family and other loved ones can always see it. You can upload cherished photographs, or share your favorite stories, and can even comment on those shared by others.

Posted Jul 10, 2020 at 11:43pm
To Sis Rosie and family, I am so very sorry to hear of the passing of Deacon Anderson. Deac. Was a man who loved and believed God, as well as a man who loved his family. Deac. Was a kind hearted man, humble, sweet spirited and a man with a beautiful smile... A man who was full of Joy! Sis Rosie and family, God is faithful... He will comfort, keep and strengthen each one of you during this season. Much Love and Prayer, Stephanie Russell-Dillard.
Comment Share
Share via:
SN

Posted Jul 10, 2020 at 05:40pm
To my Toledo FamBam, I send my love, prayers and condolences to you all through this difficult time. I wish I could be there to celebrate Dads life. From the moment I met Dad he was very welcoming not only to me, but my children as well. I will hold forever in my heart going to the river to fish with the family. Dad out back cleaning and frying fish. Bbq. Ba-ghetti (spaghetti) and how country he would always tell me I am. Lol. Dad has been nothing short nor less than a blessing to my family and I am eternally grateful to have met such a kind Spirit that obviously lead as a true Patriarch because it shows through the children how you can live and show love the way Christ loves the church. I will definitely remember being at choir rehearsal with everyone. ESP my dear departed Tina Bean and her angelic voice. I know Tina, Dad, Donny and all the others that transitioned from this earthly exists are all rejoicing with our Heavenly Father. As the word says in Ecclesiasties 3, to everything there is a season. A time to be born. And a time to die. But we know that as believers we are resurrected through Christ. Be assured knowing that when Dad crosses those pearly gates, God said WELL DONE THT GOOD AND FAITHFUL SERVANT! Now Dad is watching over is all and everyone’s angels whose lives he touched. And we know that is countless! I love you all. Me and my family are praying for peace that passes all understanding during your time of bereavement.
~Love always,
Sheikinah, ChèAnna, Dynasty, Zion, Rhema & Kenzie. 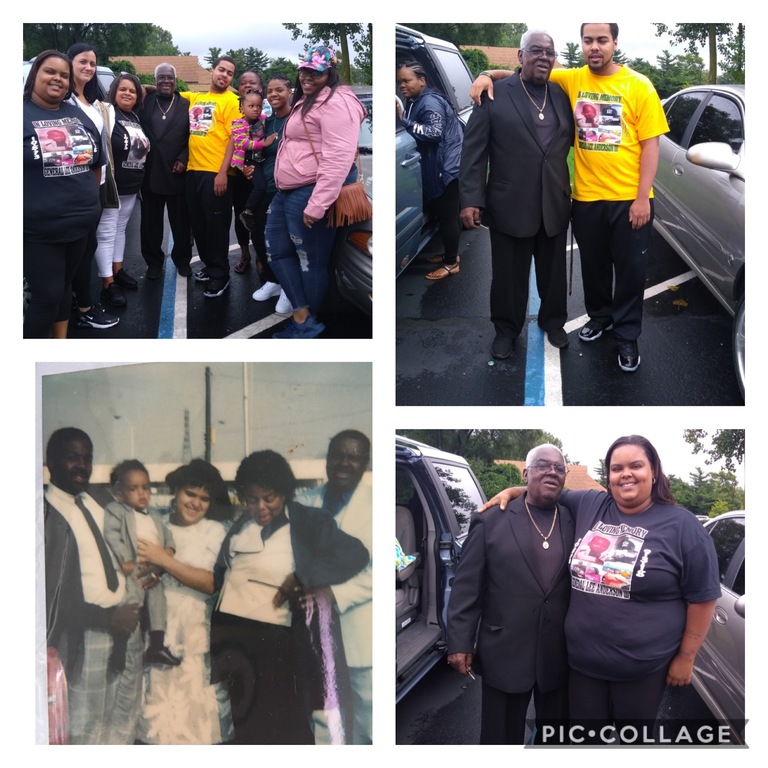 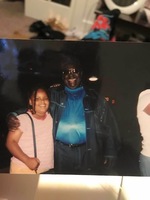 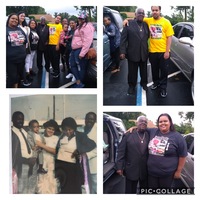 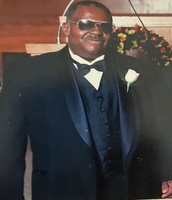