To share your memory on the wall of Gary Williams, sign in using one of the following options:

Print
Gary Allen Williams, 70, departed this life on March 21, 2020, peacefully. Gary was born in Norfolk, VA to the union of Anthony and Jessie Mae Williams.

Gary moved to Syracuse in the early 1970's. He moved his family to Toledo, Ohio in 1... Read More
Gary Allen Williams, 70, departed this life on March 21, 2020, peacefully. Gary was born in Norfolk, VA to the union of Anthony and Jessie Mae Williams.

Gary retired from General Motors after 30 years of service. He loved to travel and eat at the finest restaurants.

A special thank you to the staff at Orchard Villa Nursing Home.
Read Less

To plant a memorial tree in honor of Gary Williams, please visit our Heartfelt Sympathies Store.

Print
*DUE TO COVID-19 PANDEMIC, ALL SERIVCES ARE PRIVATE*

We encourage you to share your most beloved memories of Gary here, so that the family and other loved ones can always see it. You can upload cherished photographs, or share your favorite stories, and can even comment on those shared by others.

Posted Mar 26, 2020 at 12:00am
Prayers and condolences to the Williams family from Lenny and Jane prayers are with you all that God will give you peace and sustain you in this hour Of bereavement. God Bless!!
Comment Share
Share via:
VB

Posted Mar 25, 2020 at 09:58pm
I will always remember how God allowed you to be a part of our journey for over 60 years, my that’s a long time. You will be dearly missed. I truly thank the Lord for blessing you to bless me with sharing your summers with your nieces and nephew. Those times they will never forget. I thank God my dear brother and sister Jannie for taking time. Rest well dear Gary.
Comment Share
Share via:
EH

Posted Mar 25, 2020 at 12:35pm
Evangelist Williams, we want you to know that we are praying for you and your family constantly that God brings you through this time of grief but you can be assured that God has you and all of the sacrifices you made concerning your husband will not go unpaid. Blessings love and joy!
Comment Share
Share via: 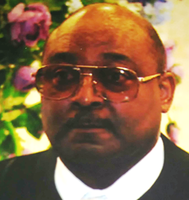