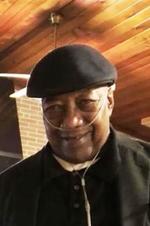 Fred Douglas 84, of Toledo Ohio, passed away on May 3rd 2020 after a valiant battle with lingering health issues and Covid-19. Fred was born January 1st 1936 to Henry and Minnie Douglas in Toledo OH. He was an alumnus of Libbey High School Class of 1954. Fred Douglas was a long-time independent sanitation engineer in the Toledo area, a business that he took over from his father in which he would employee several friends and family members.

In 1950 he met Lillian Poete, who would become the love of his life. The relationship really blossomed after Lillian was struct with illness and spent several weeks in the hospital. Fred would visit every day were there love and commitment to one another began to grow, a commitment he would continue to show throughout his life to family and friends alike. Fred will be remembered as a committed and loving husband, brother, father and friend with an unmatched loyalty and work ethic.