To share your memory on the wall of Fred Douglas, sign in using one of the following options:

In 1950 he met Lillian Poete, who would become the love of his life. The relationship really blossomed after Lillian was struct with illness and spent several weeks in the hospital. Fred would visit every day were there love and commitment to one another began to grow, a commitment he would continue to show throughout his life to family and friends alike. Fred will be remembered as a committed and loving husband, brother, father and friend with an unmatched loyalty and work ethic.

To send flowers to the family or plant a tree in memory of Fred Douglas, please visit our Heartfelt Sympathies Store.

Receive notifications about information and event scheduling for Fred

There are no events scheduled. You can still show your support by sending flowers directly to the family, or planting a memorial tree in memory of Fred Douglas.
Visit the Heartfelt Sympathies Store

We encourage you to share your most beloved memories of Fred here, so that the family and other loved ones can always see it. You can upload cherished photographs, or share your favorite stories, and can even comment on those shared by others.

From The Lewis Family (AST ) sent flowers to the family of Fred Douglas.
Show you care by sending flowers

Posted May 13, 2020 at 01:41pm
To The Entire Douglas Family and Friends
Mr Douglas you will truly be missed. We will keep your family in our thoughts and prayers.
The Johnson Family: S.T. Jr, Valerie and Mary
Comment Share
Share via:
GJ

Posted May 10, 2020 at 10:46pm
First off I just want to thank GOD for the 84 years that my family and I have enjoyed with him. There’s no better words to express how awesome 👏🏽 of a GOD fearing loving grandfather and all around person he was. My heart ❤️ is sad but I’m at peace knowing that you are at peace with our heavenly eternal father. No more pain, no more tears and no more suffering because GOD is your covering! Thankyou for being an awesome grandfather.
Love Nye’Zurri& Tia
Comment Share
Share via:
LC

Posted May 10, 2020 at 05:31pm
To the Douglas Family and childhood friend. Your winning smile and personality you were like my own family and he was a good person. Family I give my condolences with much love. God Bless you all.
Comment Share
Share via: 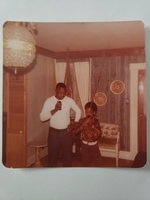 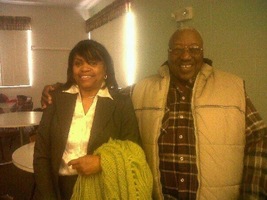 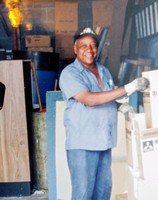