To share your memory on the wall of Esther Brady, sign in using one of the following options:

Print
Esther Lee Brady was born LeEsther Goree November 27, 1936 in Marion, Alabama to the union of Virgie Edwards and Johnny A. Goree.

LeEsther was the second of six girls born to this union. She was preceded in death by sisters Deloris Gore... Read More
Esther Lee Brady was born LeEsther Goree November 27, 1936 in Marion, Alabama to the union of Virgie Edwards and Johnny A. Goree.

LeEsther was the second of six girls born to this union. She was preceded in death by sisters Deloris Goree, Ann Poellinitz and Ruth Goree.

LeEsther attended Oakdale Elementary School where she was told there was no such name as LeEsther, which prompted her to unofficially change her name to Esther Lee. She attended Waite High School. While in high school she, along with her sister Beatrice did day work in people's homes. One of the homes she would point out on the way to church was located on East Broadway. She did childcare for Ruth Mae Jackson after which she worked for Head Start before leaving for her career employment with the United States Postal Service, retiring in 1998 with 31 years of duty.

Esther professed a belief in Christ at an early age. Esther was blessed with the gift of song and at the age of twelve she started in the Junior Choir graduating to the Number 2 Choir and then she became part of the Mass Choir. Her singing brought joy and solace to many and will always be remembered.

She leaves to mourn her passing a loving daughter, Rhonda Brady, a loving granddaughter, Rhonny Brady and was expecting the birth of a great grandchild, sisters, Beatrice Sawyer and Mary Barringer, lifelong friend, Marguerite Wallace, special friend and cousin, Lillian Kynard, special cousins who where thought of as brothers, Willie "Sonny" Edwards and John "Brother" Edwards, a host of nieces, nephews and lots of cousins.

Special Thanks to Hospice of N.W. Ohio, Pastor Venson Simpson, Pastor Dock Kelly, who were ever present, and to Rev. Michael Horton for his support and help with transport.
Read Less

To send flowers to the family or plant a tree in memory of Esther Lee Brady, please visit our Heartfelt Sympathies Store.

Receive notifications about information and event scheduling for Esther

We encourage you to share your most beloved memories of Esther here, so that the family and other loved ones can always see it. You can upload cherished photographs, or share your favorite stories, and can even comment on those shared by others.

Aaron, Robia, and Reanna Barringer sent flowers to the family of Esther Lee Brady.
Show you care by sending flowers

Posted Sep 14, 2020 at 08:18pm
We were saddened to hear, Sis. Brady went home to glory. You will be forever missed. Robert and Charita Phillips
Comment Share
Share via:
JE

Posted Sep 14, 2020 at 02:45pm
Our love for Esther will always live on and she will forever be remembered in our hearts and minds. A beautiful angel now resides in heaven. May you take comfort in knowing that you have an angel to watch over you now. Esther will never be forgotten and will be truly missed.
John and Sonny. Edwards extend our deepest sympathy to Rhonda, Rhonny, Beatrice, Mary and family.

We share in your sadness as we mourn the passing of our beloved Ester, She will be sincerely missed.
I pray that God will comfort your hearts today and days to come

Posted Sep 13, 2020 at 08:15pm
Rhonda, I’m praying God’s comfort for you and Rhonny. I will always remember the bond you and your Mom had. You were often seen together. May the memories of your Mom bring joy to your heart and a smile to your face when times get hard.
Comment Share
Share via:
AB 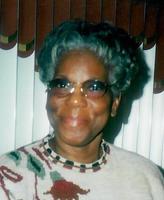 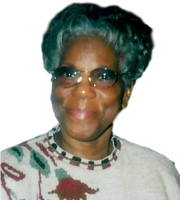