To share your memory on the wall of Kevin Pigman, sign in using one of the following options:

Print
Kevin Elester Pigman was born on September 10, 1964 to the union of the late Liller Mae Cole and Jessie Fentress in Bolivar, Tennessee. Kevin transitioned from this life at his home on March 2, 2020.

Kevin accepted Christ at an early age... Read More
Kevin Elester Pigman was born on September 10, 1964 to the union of the late Liller Mae Cole and Jessie Fentress in Bolivar, Tennessee. Kevin transitioned from this life at his home on March 2, 2020.

Kevin accepted Christ at an early age at New Mount Pleasant in Middleton, Tennessee. He later joined Mount Salem in Hickory Valley, where he was a faithful member of the choir.

Kevin was a graduate of Middleton High School. Kevin later moved to to Toledo, Ohio where he was employed at Ryan's Steak House for many years. He was also employed with St. Charles for 14 years.

Kevin had hobbies of fishing, football, music, a passion for cooking, and enjoying his family and friends. His character spoke for itself. He never met a stranger. Kevin was truly loved by many.

To plant a memorial tree in honor of Kevin Pigman, please visit our Heartfelt Sympathies Store.

We encourage you to share your most beloved memories of Kevin Pigman here, so that the family and other loved ones can always see it. You can upload cherished photographs, or share your favorite stories, and can even comment on those shared by others.

Plant a Tree in Memory of Kevin Pigman
Plant a tree 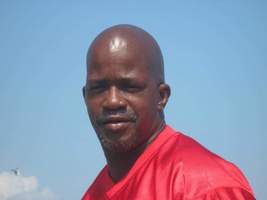 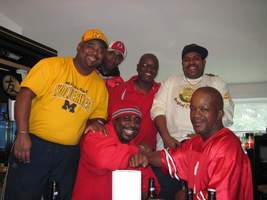