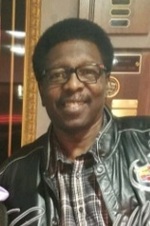 Earnest Parnell Sr. was born on April 16, 1950 in Lambrook, Arkansas to Johnny and Catherine Parnell. He transitioned from this earth to eternal life on October 29, 2020. He was a veteran of the United States Army, who served his country during the Vietnam War. He had a career as an assembly worker at AP Parts Corporation(Faurecia Exhaust).

He was preceded in death by his parents Johnny and Catherine Parnell. Brothers; Author C., John Robert, and Leon Parnell Sr. Sisters; Lessie B. Wimbley, Aslene McGinister, and Marietta Parnell.