To share your memory on the wall of Dylan Harris, sign in using one of the following options:

Print
Dylan James Harris was born in Toledo, Ohio to Aaron Harris and Jerrie Conner on June 12, 2003. He entered this world with his twin sister Dylane.

As an infant, Dylan was diagnosed with microcephaly, tracheomalacia, epilepsy, and cereb... Read More
Dylan James Harris was born in Toledo, Ohio to Aaron Harris and Jerrie Conner on June 12, 2003. He entered this world with his twin sister Dylane.

As an infant, Dylan was diagnosed with microcephaly, tracheomalacia, epilepsy, and cerebral palsy. Despite his health conditions, Dylan was full of life. He expressed himself through his eyes. His joyful spirit was contagious and his smile brought happiness to everyone's heart.

Dylan was a loving son, grandson, brother, uncle, nephew, and cousin. He was also a junior at Reynolds School where he did arts and crafts and other forms of therapy.

Dylan was our superhero. Courage and strength were his superpowers. In 2012, Make-A-Wish America gifted Dylan a family vacation to Disney World. In 2015, he was honored by the Cerebral Palsy Family Network as "Hero of the Day". He was deeply loved and brought immense joy to everyone who knew him.

We encourage you to share your most beloved memories of Dylan here, so that the family and other loved ones can always see it. You can upload cherished photographs, or share your favorite stories, and can even comment on those shared by others.

Posted Jan 28, 2020 at 08:41pm
My heart was sadden over the loss of your precious son Dylan, who’s smile reached his eyes and I wanted to send my warmest condolences to the family. To lose a child, a part of you, can bring such overwhelming grief but the God of all comfort tells us at 2 Kings 20:5 he hears our prayers, he sees our tears, and he feels our pain. At jw.org we can read John 5:28, 29 that you will have your son in your life once again. May all the sweet memories you have give you calm and peace to help you through the dark moments until God’s promises come true. Again so very sorry for your heartache.
Comment Share
Share via: 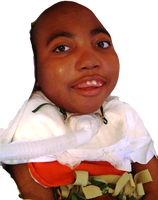 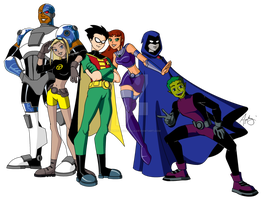