To share your memory on the wall of Dwight Harvey, sign in using one of the following options:

He was a member of Mt. Pilgrim Baptist Church under the pastorship of Rev. S.M. Coleman from a young age.
His early education included,... Read More
Dwight Tyrone Harvey Sr. was born May 1, 1956 in Toledo, Ohio, to Thomas Sr. and Wylma Harvey.

He was a member of Mt. Pilgrim Baptist Church under the pastorship of Rev. S.M. Coleman from a young age.
His early education included, Pickett Elementary and a graduate of Libbey High School's class of 1974. He was an inspector with Doehler Jarvis Industries for 30 years. He spent the latter part of his adulthood and eventually retired from Coyne Deliveries.

Dwight never met a stranger and spreaded his contagious personality all over the city, along with his love for the Cleveland Browns and the Los Angeles Lakers.

On June 6, 2020, Dwight departed this life. He was preceded in death by his parents and older brother, Robert Harvey.

To send flowers to the family or plant a tree in memory of Dwight Tyrone Harvey, please visit our Heartfelt Sympathies Store.

Receive notifications about information and event scheduling for Dwight

We encourage you to share your most beloved memories of Dwight here, so that the family and other loved ones can always see it. You can upload cherished photographs, or share your favorite stories, and can even comment on those shared by others.

Guaranteed hand delivery by a local florist
AM

Posted Jun 15, 2020 at 06:39pm
My deepest sympathy to the,Harvey Family Dwight was one of the nice's guys u ever want to meet ,We play basketball together went to,Libbey high school and also work together at,Doehler Jarvis I love you man,Rest in Peace my friend!
Alvin Mitchell,,, (Porky)
Comment Share
Share via:
KJ

Posted Jun 15, 2020 at 03:54pm
To the Harvey family you have my deepest condolences.Dwight was my friend and my brother and may the most high bless the family!
Comment Share
Share via:
PJ

Posted Jun 15, 2020 at 11:36am
To the family of our long time neighbor Dwight Harvey, words cannot express how we all feel about the loss of your dear brother, father and uncle. We are sincerely sorry for your loss. We are praying that God spread his angles around you all and keep you all close. Remember, Earth has no sorrow that Heaven cannot heal. From the Joshua Family. Rest in peace forever!
Comment Share
Share via:
EH

Posted Jun 14, 2020 at 12:49pm
Dwight was a pleasure to be around always greeted you with a smile and a hug then came all the jokes we use to laugh all night at the Harvey’s card party’s he truly going be miss my prayers goes to the Harvey’s family may God comfort you all . RIH my friend 🙏🏾
Comment Share
Share via:
GJ

Posted Jun 12, 2020 at 12:06pm
May your heart find comfort knowing that your love one is at home with the Lord
Love Gwendolyn E.March Jones & Family
Comment Share
Share via: 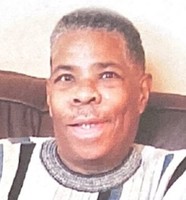 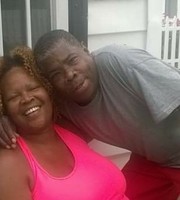 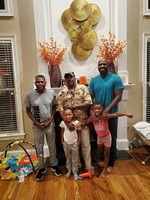