To share your memory on the wall of Dorothy Day, sign in using one of the following options:

Provide comfort for the family of Dorothy Day with a meaningful gesture of sympathy.

Dorothy made her arrival in her grandparents' farmhouse in the Mississippi Delta, Sunflower, Mississippi on the first day of Spring, March 20, 1927 to parents Willie Strong and Jessie Salmond. It was not the best time to be born with segregation reaching it's highest pinnacle. But slavery was a thing of the past and she was born into a family of business owners where she was exposed to a better life. Her mother owned a grocery store and instilled in her business and Christian principles. At an early age, she was taught how to become an "entrepreneur", selling peanuts, later women's stocking and men's suits. She was even allowed to keep the profits. These are the same principles and values that allowed her to open up many businesses here in Toledo. She had a tax shop on Dorr Street, she printed church bulletins, notary services, bus trips for the community to different cities, and her own real estate business.

Dorothy attended a strict boarding school, Piney Woods Country Day School, near Jackson, Mississippi where she and her sister both graduated. She attended The University of Southern Illinois and graduated from Tennessee State University in 1951, Nashville, Tennessee. She continued her education in the summer by attending Bowling Green State University's summer program and Graduate Studies at The University of Toledo and received elementary certification. She met and married the late Jimmie L. Day and to this marriage, two children were born. Writing had become a serious pastime for her and she first attempted it in high school and ended up publishing her first poem in 1995.

She was proud of her connection to Dr. Martin Luther King's family through her best friend Golaree, who was Coretta's first cousin. She attended many of Coretta's family reunions. She became the founder of the Martin Luther king Commission in Toledo. She was employed by Rossford Ordinance, Spencer Sharples High School, Lincoln Elementary School, Waite High School, and Libbey High School, where she retired.

In 1964, she and her husband incorporated "Day Funeral Home" in the 1300 block of Nebraska with $13 starting capital and faith in God. She pursued her Funeral Directors License while teaching school and in 1990 she was blessed to purchase a lot of land and build a Funeral Home from ground up. She was a Licensed Insurance Agent for many years and Notary Public.

She had many interests but the #1 was studying and teaching the Bible. She started the "Youth for Christ Club" where many students were taught strong Christian principles. She would take her students skating, overnight stays at her home (so many that we thought they were our family), sewing, gardening, and furniture refurbishing. She loved the "Elderly", picking them up, attending to their needs, and taking them to church functions. Gospel Music was her favorite. She had many radio programs over the years that touched many lives, starting out of the Funeral Home every Sunday. She loved to travel and traveled extensively. Japan, Korea, Egypt, Greece, Isle of Patmos, Ephesus, Spain, Paris, Turkey, The Bahamas, and many other places. She has received many awards in which she is proud of. The Black Chamber of Commerce Outstanding Woman of the Year 2000, Certification of Appreciation, 2008 Ghanaian Foundation, Minority Business Recognition, and 1990 Business Women of the Year. She never gave up on trying to achieve milestones and even ran for Toledo City Council, encouraging her daughter to do the same. Dorothy was an outstanding public speaker, often times called upon to share the word at public events. She was never at a loss for words and was always studying, fasting, and praying.

Due to COVID-19 services are private and limited to immediate family members. However services will be live streamed on The House of Day facebook page and at houseofday.com
Read Less

To send flowers to the family or plant a tree in memory of Dorothy Evelyn Day, please visit our Heartfelt Sympathies Store.

Receive notifications about information and event scheduling for Dorothy

Print
*DUE TO COVID-19 PANDEMIC THE SERVICES WILL BE PRIVATE* Live stream of services will take place 12:00noon on House of Day facebook page and recorded service will be available at houseofday.com

We encourage you to share your most beloved memories of Dorothy here, so that the family and other loved ones can always see it. You can upload cherished photographs, or share your favorite stories, and can even comment on those shared by others.

Linda B. Lee and Karen D. Lee sent flowers to the family of Dorothy Evelyn Day.
Show you care by sending flowers

Linda B. Lee and Karen D. Lee purchased flowers and planted a memorial tree for the family of Dorothy Day. Send Flowers 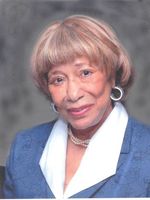 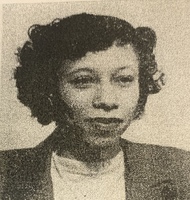