To share your memory on the wall of Dora Bowen, sign in using one of the following options:

Print
Mrs. Dora Bowen was born in Water Valley, MS on June 11th 1931, the daughter of Wesley Sr. and Etta Booker Ragland. She traded time for eternity on Saturday August 15, 2020 at home in Holland OH. She was 89 years of age.

Dora married El... Read More
Mrs. Dora Bowen was born in Water Valley, MS on June 11th 1931, the daughter of Wesley Sr. and Etta Booker Ragland. She traded time for eternity on Saturday August 15, 2020 at home in Holland OH. She was 89 years of age.

Dora married Eldred B. Bowen Sr. on March the 15, 1947. They established residency in Toledo, OH in 1950. The Bowen family later moved to the Holland area raising eight children and she lived there until her demise.

Mrs. Bowen and her husband joined St. Paul A.M.E. Zion church and was active until her health began to fail. Raising eight children during this time they ran a neighborhood grocery store after which she was employed at Mullinix Nursing Home in Monclova and later was employed with the Pilliod Cabinet Company in Swanton, OH as a furniture maker for twenty-seven years retiring in 1993.

After retirement she spent many hours with friends at the Spencer Sharples Community Center. She enjoyed word search and crossword puzzles, and Domino's the game came with instruction but we played by her rules .
Mrs. Dora L. Bowen was preceded in death by husband Eldred Sr. parents, son Eldred Jr. (3) sisters, and one brother, son-in-law James Hall Sr., grandson Horace Robert Charles Gist, and Great- granddaughter Sarvieyana Bowen.

To send flowers to the family or plant a tree in memory of Dora Louise Bowen, please visit our Heartfelt Sympathies Store.

Receive notifications about information and event scheduling for Dora

We encourage you to share your most beloved memories of Dora here, so that the family and other loved ones can always see it. You can upload cherished photographs, or share your favorite stories, and can even comment on those shared by others.

Elma Mister and Brenette walker, Love Lorenzo Green, and other have sent flowers to the family of Dora Louise Bowen.
Show you care by sending flowers

Flowers were purchased for the family of Dora Bowen. Send Flowers

Posted Aug 28, 2020 at 11:14am
Hi deepest sympathy on the passing of our aunt Dora sorry we couldnt be there. This is from Elma , Brenette, and Tammy.

Posted Aug 26, 2020 at 10:11pm
Our thoughts and prayers are with you. Crestwood Baptist Church

Flowers were purchased for the family of Dora Bowen. Send Flowers

Lloyd West purchased the Sweet Sincerity and planted a memorial tree for the family of Dora Bowen. Send Flowers 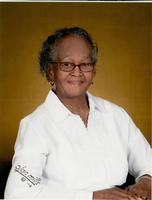