To share your memory on the wall of Donald Sturdivant, sign in using one of the following options:

Print
Donald Sturdivant, 75, of Toledo, Ohio passed away peacefully on June 12, 2020 at the Hospice of Northwest Ohio surrounded by the love of family.

Donald, the fourth of five siblings, was born November 30, 1944 to parents John Henry "Sam... Read More
Donald Sturdivant, 75, of Toledo, Ohio passed away peacefully on June 12, 2020 at the Hospice of Northwest Ohio surrounded by the love of family.

Donald, the fourth of five siblings, was born November 30, 1944 to parents John Henry "Sam" Sturdivant and Ollie Mae Horton Sturdivant. He was raised in a loving and affectionate household and was blessed to have extended family nearby.

Donald graduated from Macomber Vocational High School, Class of 1962, in Auto Mechanics, where he ran cross country and track. In 1965 Donald was drafted into the United States Army. He was a veteran of the Vietnam War, where he served as a Helicopter Crew Chief/Gunner with the rank of Specialist 5. During his time in service he received several honors including: an Overseas Service Bar, Vietnam Service Medal, Republic of Vietnam Campaign Medal and an Air Medal with 12th Oak Leaf Cluster - which is awarded to those distinguished by meritorious achievement while participating in aerial flight.

In 1974, Don married Gracye Whitely and to that union was born a daughter and son. Professionally, Don worked for the Columbia Gas Company in Toledo from 1964 until he retired in 2001. In 1980, he earned an Associate's Degree from the University of Toledo in Property Management/Real Estate Technology. He obtained his real estate license and invested in purchasing and rehabbing homes. In his free time, he enjoyed many outdoors activities, and was an avid fisherman and gardener. Don's good-natured sense of humor and his endless supply of knowledge, guidance and mentorship will be missed by all who knew him.

Donald is preceded in death by his parents John Henry and Ollie Mae Sturdivant, his beloved sister and brother, Audrey Lee Sturdivant and John Robert Sturdivant.

To send flowers to the family or plant a tree in memory of Donald Sturdivant, please visit our Heartfelt Sympathies Store.

Receive notifications about information and event scheduling for Donald

We encourage you to share your most beloved memories of Donald here, so that the family and other loved ones can always see it. You can upload cherished photographs, or share your favorite stories, and can even comment on those shared by others.

Posted Jun 21, 2020 at 10:33am
Our condolences to Damon, Dawna, Gracye and family. May you cherish the memories. Celine and Brian Woods
Comment Share
Share via:
CD

To the Sturdivant family my deepest condolences to you. Don (Tito) was a dear friend and will be missed he was truly one of a kind, you are in my prayers Clark Drayton
Comment Share
Share via:
KB

Posted Jun 17, 2020 at 08:54pm
To the Sturdivant Family. My thoughts and prayers are with you all. Our deepest condolences to you all, he was truly loved.
Rest in Heaven. Keith Bennings and Family.
Comment Share
Share via:
RS

Posted Jun 17, 2020 at 02:49am
Dawna, Damon, Loretta, Tyrone and Gracye you all have our sincerest condolences on the transitioning of Don. You all are in our prayers. Love Robin Sturdivant and family
Comment Share
Share via:
GJ

Posted Jun 16, 2020 at 09:14pm
May your heart find comfort knowing that your love one is at home with the Lord
Love Gwendolyn E.March Jones & Family
Comment Share
Share via: 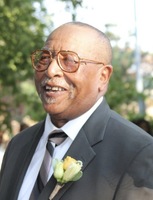 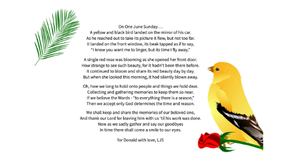