To share your memory on the wall of Detrich Hall, sign in using one of the following options:

Print
Detrich Allen Hall was born April 15, 1975, to Richard Hampton-Bey and Melinda Sutton (Hall) in Toledo, Ohio. On September 11, 2020, Detrich’s life here on Earth was cut short at the youthful age of 45.

Detrich, affectionately known as Dee, attended Woodward High School. Later on, he would proceed to live life the way he wanted as a free-spirited man. Dee loved to venture out and travel to many different places. These experiences helped inspire his passion for good food, music, shoes and meeting new people. During more recent years, he became well-known for his brand, I AM TH3 PLUG, through which he would go on to sell shoes and apparel. Dee had his own personal collection that includes many different shoes from releases over the years too. Along with this, Detrich had a love for video games, especially the Madden NFL franchise. He was an avid fan of football and basketball as well. The Michigan Wolverines was his favorite collegiate sports team although he was more of a player-oriented fan for professional sports.

Detrich was preceded in death by his father, Richard Hampton-Bey.

He is survived by his wife, Sherri Morgan; grandmother, Marcella Cook; mother, Melinda Sutton (Joseph); his children, Destiney Ni’kole Christian, Alexandria Marie Young-Hall, Dayton Paul Siemieracki, and Madden Allen Hall; grandchildren, Aniya Ragland, Aliya Ragland, and Antwon Ragland Jr.; siblings, Richard Levesque, Nachael Church (Claude), Alishea Sutton, Ayesha Sutton, as well as a host of family members and friends. Dee was known and loved by many. He will be missed very dearly. The family would like to thank everyone who made the service possible as well as those who came to pay their respects.
Read Less

To send flowers to the family or plant a tree in memory of Detrich Allen Hall, please visit our Heartfelt Sympathies Store.

Receive notifications about information and event scheduling for Detrich

Print
Due to COVID-19 funeral services are private, 50 family members only.If there will be live streaming, contact family for date and time. Recording can be watched anytime after services.

We encourage you to share your most beloved memories of Detrich here, so that the family and other loved ones can always see it. You can upload cherished photographs, or share your favorite stories, and can even comment on those shared by others.

Posted Sep 17, 2020 at 11:18am
Oh the memories we have shared ❤️ The places we have been! I will forever cherish our time together! I’m truly grateful to have known you and I’m beyond blessed to have felt your love. I’m gonna miss every single thing about you, your laugh, your smile, your jokes and so much more. Thanks for everything you’ve done for me... Rest In Paradise ❤️ I will always love you
Comment Share
Share via:
AS

Posted Sep 15, 2020 at 08:59pm
My condolences to Dee’s family. He was really a good dude and he was my Michigan Wolverine buddy. Rest in Paradise my friend. #GoBlue
Comment Share
Share via:
BD

Posted Sep 15, 2020 at 06:44pm
My condolences to the family of Detrich. I was a teacher of his at Leverette JH, and as someone already noted, he always had a smile on his face.
Comment Share
Share via:
HM

Posted Sep 15, 2020 at 11:25am
May care and love of those around you provide comfort and peace through the days ahead. My most sincere condolences to the parents, sisters, daughters, sons, family, and the many friends of Detrich Hall. R.I.P. Heather Music
Comment Share
Share via:
SN

Posted Sep 15, 2020 at 08:49am
Condolences especially his children, let the memories of your father provide you with comfort and serve as guidance. Prayers 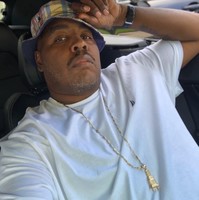