To share your memory on the wall of Demetrius Wallace, sign in using one of the following options:

He accepted Christ at an early age. He attended Woodward High School and the Toledo Culinary Arts Center where he graduated as a chef. This was one of his proudest moments. Daddy loved to cook. He worked at several restaurants. My baby searched for years to find his perfect place in life. He was finally called to work at Detroit Manufacturing Systems (DMS). He enjoyed his job. He was in the DMS paper for outstanding job service. He was promoted to Team Leader within months of working there.

Daddy had a big beautiful smile and a hearty laugh. He enjoyed competing in the Madden football games with his cousin and friends. As he got older he became a peace maker. He became involved in the Stop the Violence rallies in honor of his daughter DeAsia, in order to keep the youth at peace with each other. He was a talker keeping everything and everybody calm. He was also a charmer and very lovable.

To send flowers to the family or plant a tree in memory of Demetrius Lamont "Freckles" Wallace, please visit our Heartfelt Sympathies Store.

Receive notifications about information and event scheduling for Demetrius

There are no events scheduled. You can still show your support by sending flowers directly to the family, or planting a memorial tree in memory of Demetrius Lamont "Freckles" Wallace.
Visit the Heartfelt Sympathies Store

We encourage you to share your most beloved memories of Demetrius here, so that the family and other loved ones can always see it. You can upload cherished photographs, or share your favorite stories, and can even comment on those shared by others.

Shauntell Smith of DMS sent flowers to the family of Demetrius Lamont "Freckles" Wallace.
Show you care by sending flowers

Posted May 22, 2020 at 10:02am
My brother words can't express how much love and joy you've brought to so many lives. Really just lost right now but just know that you will forever be in my heart. Love always Tish
Comment Share
Share via:
SD

Shauntell Smith of DMS purchased flowers and planted a memorial tree for the family of Demetrius Wallace. Send Flowers

Posted May 20, 2020 at 05:21am
My Sincere Condolences and Deepest Sympathy to Emma Wallace and family 🙏. My heart is sadden due the lost of our beloved Freckles. He was a very kind and loving young man with a heart of gold. Freckles you will truly be missed rest in heaven in peace sweetheart 🌹
Comment Share
Share via:
CW

Posted May 20, 2020 at 02:04am
We send our heartfelt condolences to Granny Emily, children and family. Freckles was truly a sweetheart and will be missed dearly.
Comment Share
Share via: 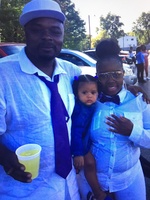 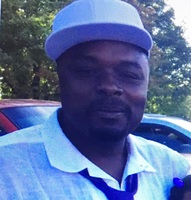