To share your memory on the wall of Delbert Williamson, sign in using one of the following options:

Provide comfort for the family of Delbert Williamson with a meaningful gesture of sympathy.

Print
The Funeral Services for Delbert Williamson will be live streamed Friday April 17, 2020, 1:00pm on The House of Day facebook page and houseofday.com

Life for Delbert Everett Williamson began, in conjunction with that of twin brother Dal... Read More
The Funeral Services for Delbert Williamson will be live streamed Friday April 17, 2020, 1:00pm on The House of Day facebook page and houseofday.com

Life for Delbert Everett Williamson began, in conjunction with that of twin brother Dale Evans on Thursday, January 11, 1962. The two were welcomed additions, joining brother, Wilford and sister, Roslyn, to the budding family of Hollis and Helen Patricia (Rhodes) Williamson. Five years later, sister Melva would join the Williamson siblings as baby of the bunch.

As a child, Delbert was protector and confidant of his older (by 15 minutes) brother Dale. Because he was the youngest twin, big brother Dale often served as spokesman for the two. Throughout their lifetimes, the twins would share comparable experiences, even during times when they were physically distanced one from the other.

Both boys inherited their exemplary work ethic from their father, Hollis. They learned from and were guided by him as they worked with him in his trucking business. The two brothers also shared a paper route delivering the now defunct Toledo Times Newspaper.

Delbert received his early education by way of matriculations at Nathan Hale and Mt. Vernon Elementary schools. He also attended McTigue Jr. High and was a proud, Class of 1979 graduate, of Macomber-Whitney High School.

Upon completing high school, Delbert enlisted in the United States Army where he served as Combat Medic.

In 1988, after his stint in the military, he returned to Toledo. The next year, he married Cynthia Eileen Harris. Three sons gifted this union: Andrew, Josiah and Jairus.

To support his young family, Delbert was employed as big rig operator. He later secured employment with the City of Toledo. During his employ there, he served as Superintendent of the Hoffman Avenue Landfill and as a Supervisor of the Sewer Department. He retired in 2014, after twenty years of service.

Delbert’s faith informed his life in its entirety. It began early at the Indiana Avenue Missionary Baptist Church where he worshipped and was baptized under the supervision and watchful eye of of Rev. Alexander.

His Christian walk and commitment to family continued as he grew and matured. Eventually, he affiliated with the Faith Way Church under the pastorate of his father-in-law, Elder Wilbur C. Harris. During his 32-year tenure at Faith Way, he served as minister, elder and assistant pastor. He and wife Cynthia also nurtured their surviving sons, Josiah and Jarius, in the development of their musical talents and by encouraged ongoing volunteerism at the church.

During his tenure, he led the congregation through the passing of their beloved founding pastor, Elder Wilbur C. Harris. He was at the church helm in August 2019, when the congregation lost its Nebraska Avenue sanctuary due to a devastating church fire.

In keeping with his strong work ethic, it was common to see Elder Williamson and his sons tending to the grounds at Now Faith. Never fearful of getting his hands dirty, he routinely landscaped and cleared snow. Whatever was needed, Elder Williamson was willing to undertake the task. Despite life’s challenges, Elder Williamson remained steadfast in his faith and was an anchor for many in his beloved congregation.

A motorcycle aficionado, he was a founding member and vice president of the Christian Faith Riders. His participation with the group allowed him to combine his love of motorcycle riding with ministering to others about the love of Christ.

Without question, Elder Delbert Everett Williamson touched the lives of many through his life’s work as a veteran, City of Toledo employee, and pastor. Of his many gifts, his unpretentious demeanor; his love of God, of the church and of family and his unwavering faith are the most stellar.
He transitioned from labor to reward on April 8, 2020 and leaves a legacy of unselfish love for family, congregants and friends.

Arrangements entrusted to the House of Day Funeral Service are pending.
Read Less

To send flowers to the family or plant a tree in memory of Delbert ` Williamson, please visit our Heartfelt Sympathies Store.

Receive notifications about information and event scheduling for Delbert

There are no events scheduled. You can still show your support by sending flowers directly to the family, or planting a memorial tree in memory of Delbert ` Williamson.
Visit the Heartfelt Sympathies Store

We encourage you to share your most beloved memories of Delbert here, so that the family and other loved ones can always see it. You can upload cherished photographs, or share your favorite stories, and can even comment on those shared by others.

Posted Apr 17, 2020 at 07:38pm
To Helen Pat and family:
It is with the deepest sympathy that we greet you. To be absent from the body is to be present with the Lord. Please know that your family is in our prayers. Cherish the memories of Delbert always.
Joyce Fobbs and Lillian Kynard
Comment Share
Share via:
D4

Posted Apr 17, 2020 at 01:45pm
Condolences to the Williamson Family know that there is know hurt here on earth that heaven can’t heal 🙏🏾
Comment Share
Share via:
JJ

Posted Apr 17, 2020 at 11:49am
Josiah, Jarius, and Linette, my condolences. May the Lord grant you and your families peace, comfort, and strength during this time of sorrow. 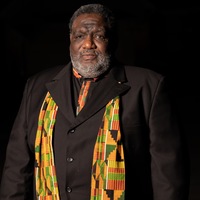