To share your memory on the wall of Curtis Parker, sign in using one of the following options:

He worked for many years as an Electric Motor Repair Man at Romanoff Electric Motors. He ... Read More
Mr. Curtis Lee Parker was born December 12, 1941 to Inez Walker and James Parker, Sr. He attended and graduated high school in Bessemer, Alabama.

He worked for many years as an Electric Motor Repair Man at Romanoff Electric Motors. He was known as the neighborhood repair man fixing cars and doing all types of handy work for others. He was lovingly known as the neighborhood grandpa A.K.A “CP”. He was always known for giving good advice, words of encouragement and always there for whomever needed him.

He was preceded in death by his parents Inez Walker and James Parker, Sr., brother James Parker, Jr., and daughter Dionne Parker.

To send flowers to the family or plant a tree in memory of Curtis Lee Parker, please visit our Heartfelt Sympathies Store.

Receive notifications about information and event scheduling for Curtis

There are no events scheduled. You can still show your support by sending flowers directly to the family, or planting a memorial tree in memory of Curtis Lee Parker.
Visit the Heartfelt Sympathies Store

We encourage you to share your most beloved memories of Curtis here, so that the family and other loved ones can always see it. You can upload cherished photographs, or share your favorite stories, and can even comment on those shared by others.

Posted Oct 11, 2020 at 06:45pm
May your heart find comfort knowing that your love one is at home with the Lord
Love Gwendolyn E.March Jones & Family
Comment Share
Share via:
LN 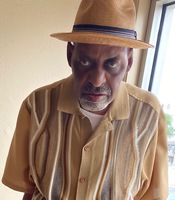