To share your memory on the wall of Cubia Hannah, sign in using one of the following options:

When Cubia was younger something in his heart told him to go West. In 1984 he enlisted in the United States Marine Corps and was assigned to Camp Pendleton in San Diego, California. Cubia loved California and loved serving his country. As a Marine, he traveled around the world and was deployed to destinations including, Hawaii, Alaska, Tanzania, Japan, Korea, Hong Kong, Thailand and Singapore. He received an honorable discharge in 1987 after being injured by friendly fire during a live round training.

Cubia returned home to Toledo after being discharged from the military. Cubia loved spending time with his family and was a devoted father to his children and loving papa to his grandchildren. He was an avid fisher and enjoyed being on the lake with his brothers, camping and the outdoors. Cubia also loved to cook, eat, listen to Prince, and tell fanciful stories about aliens and ghosts to anyone who would listen. Most of all, he loved Christ and remained faithful to the Lord throughout his life.

Cubia was called home on July 24, 2020. He will be fondly remembered for his caring heart, sense of humor and contagious smile. His presence will be tremendously missed by all who knew him.

To send flowers to the family or plant a tree in memory of Cubia Hannah III, please visit our Heartfelt Sympathies Store.

Receive notifications about information and event scheduling for Cubia

We encourage you to share your most beloved memories of Cubia here, so that the family and other loved ones can always see it. You can upload cherished photographs, or share your favorite stories, and can even comment on those shared by others.

Posted Aug 04, 2020 at 10:48pm
To Brian, Jelani, Shomari & Family. Sending Condolences & Prayers From Our Family To Yours For Strength..Comfort..Peace & Healing To You All During This Difficult Time.

Posted Jul 30, 2020 at 06:43am
My heart goes out to the Family I’ve known Cubia a long time and my heart is sad for my Moran family. Sending my love to you all.
Karen Wheatley
Comment Share
Share via:
RC

Posted Jul 28, 2020 at 03:58pm
To the family of Mr. Cubia Hannah III I extend my deepest and most heartfelt condolences. I had the pleasure of working with Mr. Hannah at the Commons at Garden Lake as a Supportive Services provider, since the doors first opened. Mr. Hannah had a big heart and was one of the most pleasant and positive minded veterans in the building. I would come into work in the morning and walk past the workout room and see him on the treadmill getting his morning routine in. He would have his music going while getting a purposeful workout in. I would stick my head in to make sure he was okay and he would smile and tell me he was okay. I remember the last time I had a chance to speak to Mr. Hannah we were sitting outside the Commons at Garden Lake on the bench. I sat down and we begin talking about his family. He loved his children and was so very proud of all of them as well as his grandchildren. I could tell by the twinkle in his eye as he spoke so fondly of each one of his children. He made me feel like I knew them personally. When I heard of his passing I was overcome with shock and sadness. I cried because in my mind he was part of my family too, this big family of veterans at CAGL. He supported every resident event that I sponsored and would even donate his home cooked dishes. Mr. Hannah was like the sun always shining bright. His infectious smile will forever live on in my mind and heart. Rest in Peace Mr. Hannah! Much love always.... Robin Crawford, (Supportive Services at Common at Garden Lake).
Comment Share
Share via: 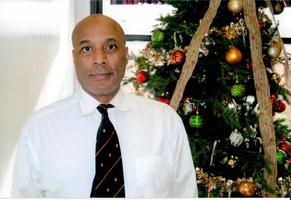 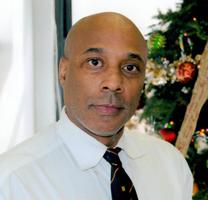 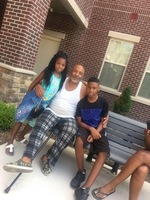