To share your memory on the wall of Claude Dailey, sign in using one of the following options:

Claude Dailey Jr. was born in Birmingham, Alabama on October 8, 1957 to Claude Dailey, Sr. and Malinda Dailey. He was affectionately called “Gucci” by family members. He made the transition into his new life on December 26, 2019 at age 62.

He spent his early childhood in Birmingham. He attended the Toledo, Ohio schools of Gunckel Elementary (Jones Leadership Academy) and graduated from Libby High School, where he was the Ohio state high school heavyweight wrestling champion his senior year. In high school, he participated in sports and was on the varsity wrestling team and track team. Claude started working at an early age and pursued skilled trades in order to become a professional (journeyman) painter.

Claude was very proud of never smoking, never drinking and was proud of being drug free his whole life. He often shared with others these facts about himself and his father. Claude was an old fashioned, traditional, dependable, no-nonsense man. He was always the life of the family urging you to laugh and smile with his jokes.

He was a very loving, kind, respectful and devoted person who believed in God. His favorite words the past months: “Treat people the way you want to be treated.”

Claude’s life speaks for itself. He took pride in all of the things that he did in his life. More importantly, Claude was a confident handyman who believed that he could build and fix anything. He constantly gave and gave to others. Claude lived his life in such a way that it speaks for itself. We are proud of him.
Read Less

To plant a memorial tree in honor of Claude B. Dailey Jr., please visit our Heartfelt Sympathies Store.

We encourage you to share your most beloved memories of Claude here, so that the family and other loved ones can always see it. You can upload cherished photographs, or share your favorite stories, and can even comment on those shared by others.

Posted Jan 21, 2020 at 10:49am
So sorry to hear of this great loss. We were raised up together in McClinton Nunn and attended Gunckel School together. Me and his Frances were also good friends. Claude was a funny guy back then too. May God Bless you all.

Posted Jan 10, 2020 at 09:55pm
Our most heartfelt sympathies for your loss. Our thoughts are with you and your family during your time of bereavement. Robert's Food and Spirits

Flowers were purchased for the family of Claude Dailey.

Posted Jan 07, 2020 at 11:14am
I enjoyed taking care of you at Arbors. I’m going to miss your sweet personality, the one who always made sure to check on me and my mother. I miss you, and I’ll always think about you. My love and prayers are with your family through this hard time, may you Rest In Peace. 🙏🏻❤️
Comment Share
Share via:
FH

Dear Dailey Sorry for your loss. Did not know until today. Praying for you. God Bless. The Fred Hunter, Sr. and Family. 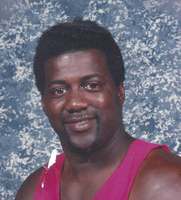 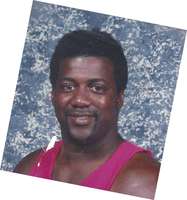