To share your memory on the wall of Charlie Tate, sign in using one of the following options:

Provide comfort for the family of Charlie Tate with a meaningful gesture of sympathy.

Print
Mr. Charlie A. Tate, affectionaely known as "Uncle Charlie", passed away, April 23,2020, at The Foundation Park Care Center. He was born to Ed and Dora Tate on May 11, 1936, in Kosciusko, Mississippi.

Charlie worked ten years at Hirzel C... Read More
Mr. Charlie A. Tate, affectionaely known as "Uncle Charlie", passed away, April 23,2020, at The Foundation Park Care Center. He was born to Ed and Dora Tate on May 11, 1936, in Kosciusko, Mississippi.

Charlie worked ten years at Hirzel Canning Company and retired from Penta County Vocational School, after 30 years of service. He was an honorable discharged Veteran of the United States Army.

He was a dedicated and faithful member of Mt. Sinai Pentecostal Church, until he became ill.

Hew was a man who could repair and fix just about anything. He loved to plant flowers and had a large vegetable garden that he shared with others.

Charlie was preceded in death by his parents, Ed and Dora Tate, four sisters and one brother.

He will be missed by all who knew him.
Read Less

To send flowers to the family or plant a tree in memory of Charlie Tate, please visit our Heartfelt Sympathies Store.

Receive notifications about information and event scheduling for Charlie

We encourage you to share your most beloved memories of Charlie here, so that the family and other loved ones can always see it. You can upload cherished photographs, or share your favorite stories, and can even comment on those shared by others. 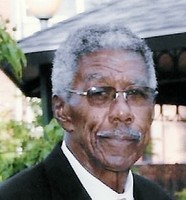