To share your memory on the wall of Charles Washington, sign in using one of the following options:

Provide comfort for the family of Charles Washington with a meaningful gesture of sympathy.

He attended Roosevelt Elementary and Robinson Jr. High. He graduated from Scott High School Class of 1972,"Once a bulldog always a bulldog". He married his high school sweetheart, Sarah Fordham. Once Sarah seen Chuck, she "knew she was going to marry that boy". He attended Rangley College in Rangley, Colorado, on a basketball scholarship. He joined the Union Local 50 in 1975. He then, attended an apprenticeship program for five years to become a Journeyman Plumber/Pipefitter. He loved being a foreman at Sun Oil Refinery where he retired in 2009.

Chuck fell in love with the game of basketball at an early age. He influenced and encouraged a lot of young men who also loved the game. He started his basketball coaching career at Start High School as an assistant coach to Robert Caldwell. He then, became the Head Freshman Basketball Coach at Woodward High School. He was a great coach and mentor influencing his daughter, Frances, to coach.

Chuck loved for his family and he was an excellent provider. His daughter Dana, gave him the nickname "Chuck Daddy", which has stuck with him over 30 years. Chuck and Dana were inseparable. He took his girls and grandsons to sporting events and music concerts often. He enjoyed watching his daughters, LaMonica and Frances, play basketball and run track. He never missed a game.

Chuck LOVED music. He enjoyed going to the annual Jazz Festival in Chicago and Atlanta. If there was a concert in town, Chuck definitely was there. He has seen the lights of legends, Smokey Robinson, Luther Vandross, and Tina Marie. His all time favorite bands are Mint Condition, The Whispers, and Maze ft. Frankie Beverly. He passed his appreciation of music to his daughter Chara.

He was an amazing grandfather and great-grandfather. Ge'Auntai and De'Auntai were always "his boys". He taught his grandsons to be great men. He was an encouraging "GrandDad". He adored his great-granddaughter, Athena and she loved her "Papa Chuck". She would often sneak him snacks. Charles will be deeply missed

He is preceded in death by mother and father; sister, Nancy Lewis; and best friend Vashawn Deboe.

To send flowers to the family or plant a tree in memory of Charles Washington, please visit our Heartfelt Sympathies Store.

Receive notifications about information and event scheduling for Charles

There are no events scheduled. You can still show your support by sending flowers directly to the family, or planting a memorial tree in memory of Charles Washington.
Visit the Heartfelt Sympathies Store

We encourage you to share your most beloved memories of Charles here, so that the family and other loved ones can always see it. You can upload cherished photographs, or share your favorite stories, and can even comment on those shared by others.

Posted Apr 18, 2020 at 07:13pm
Just saw this post. So sorry for your loss.Chuck was a very awesome person. Love you all. Sending prayers your way.

Posted Apr 16, 2020 at 10:11am
I was extremely saddened to hear of Chuck's passing. I worked with Chuck off and on throughout the years. He was always good to work with. I had much respect for Chuck. My thoughts and prayers go out to his family and friends. Eric Smith
Comment Share
Share via:
D

Posted Apr 13, 2020 at 12:15pm
Family - We were neighbors for some time...I remember Charles as a really nice guy, I was much closer to Barbara during that time-Charles had no time to socialize with us girls, his interest in basketball. He most often displayed his seriousness as I recall.

Barbara and family you have my deepest sympathy for this loss of this very kind man. Prayers for strength and endurance during this time of sorrow. God bless you all.
Comment Share
Share via:
N

Posted Apr 09, 2020 at 09:48pm
The Ross & Ezell families, at time would like to send out our most heartfelt prayers & love during your time of great loss. Please remember, that our great God, is a keeper...Amen. Chara, please know that we Love you and our here to totally support you and your family. We love you. RESPECTFULLY YOURS: ROSS & EZELL FAMILIES 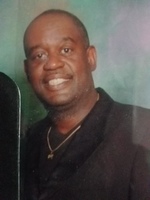 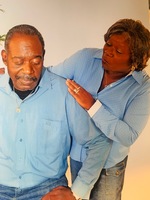 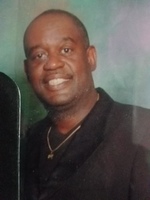