To share your memory on the wall of Charles Turner, sign in using one of the following options:

He was an honorably discharged Army veteran and served in ... Read More
Charles Robert Turner was born November 12,1931 , in Toledo, Ohio to Lewis and Inez Turner. He departed this life peacefully on December 24, 2019 at Spring Meadows Nursing Home.

He was an honorably discharged Army veteran and served in the Korean War.

Charles (affectionately known as Pops) loved his family and was always there to help in any capacity . Charles was a man of great faith and he loved listening to gospel music and reading Christian literature . He loved talking to people and also enjoyed hanging out with his breakfast buddies at McDonalds on Cherry Street .

Charles attended Libby High School .He was employed at Unicast, AP Parts and as a security guard for Parkview Hospital and Foodtown. He was very active in his early years as a D.J. and in the Drum Corps at the American Legion.

To send flowers to the family or plant a tree in memory of Charles Robert Turner, please visit our Heartfelt Sympathies Store.

Receive notifications about information and event scheduling for Charles

We encourage you to share your most beloved memories of Charles here, so that the family and other loved ones can always see it. You can upload cherished photographs, or share your favorite stories, and can even comment on those shared by others.

Posted Dec 27, 2019 at 09:36am
May your heart find comfort knowing that your love one is at home with the Lord
Love Gwendolyn E.March Jones & Family
Comment Share
Share via: 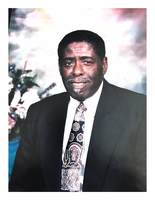