To share your memory on the wall of Ceretha Jackson-Love, sign in using one of the following options:

Provide comfort for the family of Ceretha Jackson-Love with a meaningful gesture of sympathy.

Print
Ceretha Jackson-Love, received her wings to join her Lord and Savior Jesus Christ, on April 8, 2020. She was born on March 28, 1930, in Moro, Arkansas. Her parents were Jeff and Clara Damper.

Ceretha confessed Christ as her Lord and Savi... Read More
Ceretha Jackson-Love, received her wings to join her Lord and Savior Jesus Christ, on April 8, 2020. She was born on March 28, 1930, in Moro, Arkansas. Her parents were Jeff and Clara Damper.

Ceretha confessed Christ as her Lord and Savior at an early age and was baptized at Garrett Grove Missionary Baptist Church, In 1950, she and her family relocated to Toledo, Ohio, where she joined Mount Pilgrim Missionary Baptist Church. Ceretha loved the piano, which she followed in her father's footsteps. He was a great pianist and made sure all of his children took piano lessons. Ceretha played the piano for her beloved Missionary Society at Mount Pilgrim, who visited her often to have fellowship and devotion. Ceretha would light up to se see her Mission Sisters and joined in as they praised and worshipped God. She was a God fearing woman who loved toe Lord and her family.

Ceretha had seven children: Jesse Lavern, Alphonso, Gail Devora, Steven Theopolis, Ronald Earl, Edward Avester and Angela Cerese. She was a true example of a praying, supportive, devoted, giving and loving mother. Each one of her children had their own personal relationship with her.

Ceretha worked several customer service jobs before she became a Quality Control Inspector at Libbey Glass in Toledo, Ohio. Due to a work accident, Ceretha was a disabled retiree for many years. She was an avid shopper. Her favorite place was Jacobson's, at Franklin Park Mall. Even though she bought high quality items, she never paid full price. She knew how to catch a bargain. Her love for hats and shoes could fill a bad day with sunshine for Ceretha. For all who knew her, her signature was her hats and furs. Make her day and compliment her, she would simply say, "Thank you Dear".

Ceretha was a member of the Christian Culture Club of Toledo. It was composed of 12 Christian women from all over the city of Toledo who attended different churches. She was the Treasurer and Pianist. She was so proud to be a member of this group of women.

In August of 2014, Ceretha moved to The Glendale Assisted Living Facility in Toledo. They were very caring and loving right up to the minute she went home to be with her Lord. They nicknamed her "Ree-Ree". She loved them all as well, especially her favorites who treated her special.

To send flowers to the family or plant a tree in memory of Ceretha Jackson-Love, please visit our Heartfelt Sympathies Store.

Receive notifications about information and event scheduling for Ceretha

We encourage you to share your most beloved memories of Ceretha here, so that the family and other loved ones can always see it. You can upload cherished photographs, or share your favorite stories, and can even comment on those shared by others.

Posted Apr 16, 2020 at 02:26pm
To the family of our dear Missionary Sister, you have our deepest sympathy at the loss of your loved one. Please know that she is with our blessed Lord now and forever.
Joyce Fobbs and Lillian Kynard.
Comment Share
Share via:
GJ

Posted Apr 11, 2020 at 08:31pm
May your heart find comfort knowing that your love one is at home with the Lord
Love Gwendolyn E.March Jones & Family
Comment Share
Share via: 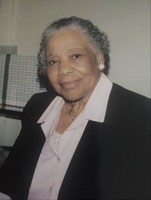