To share your memory on the wall of Carl Hamilton, sign in using one of the following options:

Print
Carl Leslie Hamilton Sr. was born March 16, 1946 in Lexington, Ky to late David and Mayme Hamilton. He was their only child

Carl and his parents moved to Cleveland, OH when he was a child. He graduated from Cleveland’s Glenville High ... Read More
Carl Leslie Hamilton Sr. was born March 16, 1946 in Lexington, Ky to late David and Mayme Hamilton. He was their only child

Carl and his parents moved to Cleveland, OH when he was a child. He graduated from Cleveland’s Glenville High School (TARBLOODERS) in 1964. He was an outstanding defensive tackle for both Glenville and Bowling Green State University where he attended from 1964 to 1967. He married his high school sweetheart, Judith Adrene Hilliard, in 1966. He and his wife had three children, one daughter and two sons.

Carl worked for the City of Toledo at the Workhouse in Waterville, OH as a Prison Guard for 26 years, and then at the Division of Parks Maintenance as foreman for six years. He also had various of part-time jobs. He was a defensive football coach for the wonderful women’s football team, The Toledo Troopers (That had a perfect season) that he enjoyed very much.

Carl was a truly kind, humous, and talking guy. Who could talk your head off with his stories. He was member of Phillips Temple C.M.E Church.

Carl went to join his heavenly father on August 7, 2020 after a and quick battle with cancer. He leaves to cherish his memory with his lovey wife of 54 years Judith and his children Terri Ann Abernathy (Neal), his sons Carl Leslie Hamilton Jr, Jermain Hamilton (Melvena) and, his half-sister Ida Scott, and 10 grandchildren, and 5 great-grandchildren, and a host of other family and friends.
Read Less

To send flowers to the family or plant a tree in memory of Carl L. Hamilton Sr., please visit our Heartfelt Sympathies Store.

Receive notifications about information and event scheduling for Carl

We encourage you to share your most beloved memories of Carl here, so that the family and other loved ones can always see it. You can upload cherished photographs, or share your favorite stories, and can even comment on those shared by others.

Pastor and Lady Allen, Linda Joshua, and other have sent flowers to the family of Carl L. Hamilton Sr.
Show you care by sending flowers

Posted Aug 14, 2020 at 02:19pm
We are so very sorry for your loss. We are praying for God's strength, comfort and unsurpassed peace to cover you all. Love your TOP/E1 family.

Pastor and Lady Allen purchased flowers and planted a memorial tree for the family of Carl Hamilton. Send Flowers

Posted Aug 12, 2020 at 08:54pm
Our heartfelt sympathy on the loss of Carl, with love. Aunt Katherine, Cousins Linda and Kathy.

Posted Aug 12, 2020 at 12:00pm
Wishing you peace to bring comfort, courage to face the days ahead and loving memories to forever hold in your hearts.

Posted Aug 12, 2020 at 11:19am
May your heart find comfort knowing that your love one is at home with the Lord
Love Gwendolyn E.March Jones & Family
Comment Share
Share via:
JW

So sorry for your lost. May Carl RIP,and the family find comfort from God our father and the Lord Jesus Christ. Judy Watkins 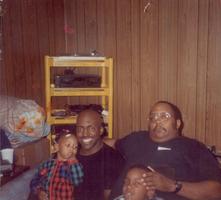