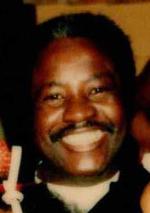 Carl Beavers was born on August 9th, 1932 in Birmingham, Alabama to Annie Embry and Tall McCoy. Carl came to Toledo at the young age of 5 and was raised by his uncle and aunt Doc and Ilee Beavers. He attended Gunckel Elementary completing the 8th grade. At 15 years old he began working and later retired from Libbey Owens Ford in 1990. In 1956 Carl became a professional boxer and spent much of his career volunteering with P.A.L. and his community training and promoting young fighters.

In 1959 he married Sylvia Beavers. They were blessed with 45 years together and three children.