To share your memory on the wall of Bruce Johnson, sign in using one of the following options:

Bruce graduated from Jesup W. Scott High School, where he was a member of the varsity basketball team. He also attended Jarvis College in Texas and barber college in Toledo.

Bruce's passion was cutting hair. To watch "Jelly" cut hair was like watching an artist create. It looked like a dance as he would turn and spin in order to give the perfect cut to his client. He specialized in children's haircuts and had a large following of various textures and styles.

On October 9th, he became the father of Tacora, his only daughter, that he loved dearly.

Bruce was an avid sports fan, with his favorite teams being the Philadelphia Eagles and the New York Knicks. He followed Philadelphia for 20 years prior to their Super Bowl win, in which he was elated.

Bruce was preceded in death by his mother, Bernice. He is survived by his daughter, Tacora (Terica) Johnson; sisters, Shirley Mickel and Tanya Turner; father, George, and numerous friends and family. He was loved by many.
Read Less

We encourage you to share your most beloved memories of Bruce here, so that the family and other loved ones can always see it. You can upload cherished photographs, or share your favorite stories, and can even comment on those shared by others.

Flowers were purchased for the family of Bruce Johnson. 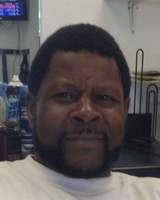