To share your memory on the wall of Brian Burks, sign in using one of the following options:

Print
Brian Craig Burks Sr. was born on January 10, 1972 to Henrietta and Edward Burks II in Toledo, OH. Brian departed this life on Saturday, June 6, 2020 at Flower Hospital, after an extended illness.

Brian graduated from St. Francis de Sales in 1990 and attended Bowling Green State University, graduating in 1995 with a Bachelor of Science degree in Education. He attended University of Toledo and earned a Master's Degree in Specialized Education in 2000. Brian immediately began working in his field, as a special education teacher for middle school children attending Toledo Public Schools, where he worked for nearly 20 years. He was in management for the Ohio Teaching Family Association where he worked with young men ages eight to 21. He was an Advocate for youth on probation with the Youth Advocate Program and an Assistant director at the Boys and Girls Club of Toledo. Brian devoted his career to making positive changes in his student's lives. Brian was also a serial entrepreneur, owning several properties and businesses. Most recently, in 2014 Brian owned and operated Fatboyz Bar in East Toledo. The neighborhood sports bar welcomed everyone and provided the community with five years of entertainment and connectivity.

Brian was dedicated to giving back to his community. He was an excellent provider and went out of his way to meet the needs of his family and friends. Brian will be remembered as a patient man who was supportive of the dreams and goals of those whom others gave up on. Brian spent his free time assisting others as a volunteer in a wide variety of organizations. He coached All Ohio Respect, an AAU boys basketball team. He was a staunch supporter of the Wayman Palmer YMCA; providing time, talent and treasure to the Y and the families that use the facility.

Brian was preceded in death by both parents.
He is survived by his former spouse, Dawn; their children, Brian "Julio" Burks Jr., Johnathan "Cheese" Burks, and Brandon "Snoop" Burks; his older siblings Edward III, Gary (Gloria), Victoria and Victor Burks; a host of nieces and nephews, including special nephew, Reuben Burks (Kateri); and his fiancé, Dana Whitfield. Brian's sons ask that you honor their father by always showing love for your family and community.
Read Less

To send flowers to the family or plant a tree in memory of Brian Burks Sr., please visit our Heartfelt Sympathies Store.

Receive notifications about information and event scheduling for Brian

We encourage you to share your most beloved memories of Brian here, so that the family and other loved ones can always see it. You can upload cherished photographs, or share your favorite stories, and can even comment on those shared by others.

Jamie Jarouche, Damon Shy, and other have sent flowers to the family of Brian Burks Sr.
Show you care by sending flowers

Posted Jun 24, 2020 at 11:48am
My deepest condolences to Brian's entire family. I had to pleasure of meeting Brian while working with him during his illness. I can see that it was a great misfortune to not have known him when he was well. Brain clearly was a wonderful person and great loss to this world. I can't imagine how difficult this has all been. May you all find peace during this time.
Comment Share
Share via:
EM

Posted Jun 22, 2020 at 06:05pm
Dear Burks Family,
May God who watches over us and hears us when we pray, be very near to give you strength and comfort you during this difficult period. May He bless and keep you within his loving care, and may it help you just to know that He is always there. With our deepest sympathy.
Robert, Edith (Watson) & Serena McCovery, Moss Point, MS
Comment Share
Share via:
MT

Posted Jun 20, 2020 at 06:20am
I had the opportunity to reconnect with Brian a few times after high school. Once at BGSU at the Rec Center and a few more times through teaching with Toledo Public Schools. Brian had the ability to reconnect with people like time had not passed. Each time I saw him it was like we were instantly back in high school laughing and having a good time. Brian was a great classmate and an even better person. Someone we should strive to imitate. He will be missed.
Comment Share
Share via:
LR

Posted Jun 19, 2020 at 03:17pm
To Eddie, Gary, Vicky and Victor, as you know the Burks and Ranseys have been longtime family friends. So our hearts were broken to learn of your brother, Brian's passing. I had the opportunity to briefly work with him while he was in grad school and his warm inviting spirit and infectious smile made him a joy to be around; he truly reflected everything he was raised to be.
As you weep, reflect and celebrate his life, may God hold the entire Burks family together with cords of love that cannot be broken and may you be comforted knowing, "This was a man!"
With Love, Linda Ransey and the Quitman & Marie Ransey Family
Comment Share
Share via:
S

Posted Jun 18, 2020 at 09:24am
Brian will always be remembered for his strong dedication to the youth of his community, Our deepest condolences go to his family. 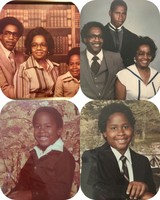 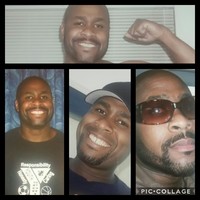 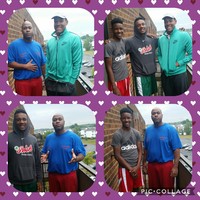