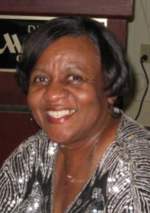 Brenda Marie Slaughter passed away peacefully in her home on Thursday, December 12th, 2019 at the age of 75 surrounded by the love of family.

Brenda was born on December 30th, 1943 in Toledo, Ohio and was a lifetime Toledo native. She accepted Christ at an early at St. Philip Lutheran Church under the leadership of Rev. Pranschke. Brenda attended Jesup W. Scott High School and retired from Ford Motor Company after 30 years from 1976 to 2006.

She was a loving mother, proud grandmother and great grandmother, sister and aunt who enjoyed time with family, traveling, and had a passion for league bowling.

Brenda was preceded in death by her parents Elbert and Elease Sims, her son, Charles Bryant Slaughter and four brothers and two sisters.

A special thanks to Promedica Hospice, Friendship Baptist Church, George and Gloria Johnson.