To share your memory on the wall of Alvin Taylor, sign in using one of the following options:

Alvin was a very proud man with an easy going and fun personality. He always stood up for himself and his family members if he felt they were being mistreated.

He was raised by his grandparents, Betty and the Rev. Henry Carter, after his mother passed away. They lived in the country, in the Holland area. He accepted Christ at an early age and was baptized by his grandfather.
Alvin attended both Gunkel and Irwin elementary schools and Scott High School.

He joined the U.S. Army in 1964 and served during the Vietnam conflict. During the war, he was honored to work as a clerk for General William Childs Westmoreland.

Alvin received several honors for his service including, a National Defense Service medal, a Vietnam Service medal, Vietnam Campaign medal, an Army Commendation, and a medal for good conduct. He was honorably discharged in 1969.

He moved to Pasadena, California in the earlier 70’s to join his brother Ronald Mosely. Alvin resided in the Los Angeles area for most of his adult life.

He graduated from the Pasadena City College with an Associate in Arts in 1975. And completed an Information Processing Training Specialists program at Transwestern Institute in 1986.

A jazz and R&B music aficionado, his favorite band was the Funk Brothers. He enjoyed attending concerts and often told the story about his very first concert.

Alvin went to see Jackie Wilson at the Civic Auditorium in Toledo. He said,“ Jackie drove the women crazy,” including Alvin’s own date.

He was also an avid Laker’s fan and attended many games at the Fabulous Forum. Alvin also enjoyed watching westerns and sports on television.

Alvin was also very good with his hands and his daughter Tina fondly remembers him building a go cart for his son Aric from scratch. He also had a custom-made van and the family often made trips to Chicago and Toledo to visit family.

He held several positions in the retail industry over the years including, McMahan’s Furniture, and La-Z Boy in the LA area.

He met his son Alvin Ball in 1979, when his son was 17 years old. They developed a relationship and grew very close over the years. Later, in 2014, Alvin decided to leave California and relocate to Cedar Hills, Texas to be closer to his son and grandchildren.

He loved spending time with his family there and taking his grandchildren out to dinner.

Alvin relocated back to Ohio in July of 2019 to be near his nephew Darrell Taylor in Shaker Heights, who cared for Alvin during his final days.

He was proceeded in death by his parents and grandparents, his sisters, Betty Conner and Ernestine Wiggins and brothers Charles and Larry Taylor and Ronald Mosely.

The family would like to thank the staff at Forest Hills Place and Kindred Hospice in Cleveland for their loving care of Alvin.
Read Less

To send flowers to the family or plant a tree in memory of Alvin Taylor, please visit our Heartfelt Sympathies Store.

Receive notifications about information and event scheduling for Alvin

There are no events scheduled. You can still show your support by sending flowers directly to the family, or planting a memorial tree in memory of Alvin Taylor.
Visit the Heartfelt Sympathies Store

We encourage you to share your most beloved memories of Alvin here, so that the family and other loved ones can always see it. You can upload cherished photographs, or share your favorite stories, and can even comment on those shared by others.

Posted May 27, 2020 at 07:45am
May your heart find comfort knowing that your love one is at home with the Lord
Love Gwendolyn E.March Jones & Family
Comment Share
Share via: 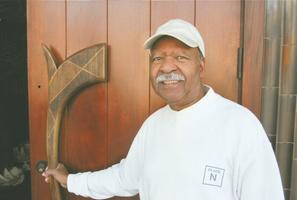 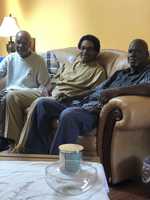 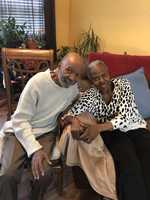 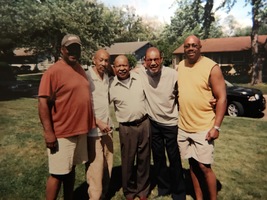