To share your memory on the wall of Alfonso Johnson, sign in using one of the following options:

We would like to give a special thanks to Hospice of Promedica and Homeinstead aids Krystal and Thelma and all of the family and friends who helped him during his time of need.

Dear Lord,
In these trying time, bless each person and surround them with your love and protection. Remind us that even in the darkest hours, you are always with us.
Amen.
Read Less

To send flowers to the family or plant a tree in memory of Alfonso Johnson Jr., please visit our Heartfelt Sympathies Store.

Receive notifications about information and event scheduling for Alfonso

We encourage you to share your most beloved memories of Alfonso here, so that the family and other loved ones can always see it. You can upload cherished photographs, or share your favorite stories, and can even comment on those shared by others.

Clarenton and Janet M. FITZPATRICK sent flowers to the family of Alfonso Johnson Jr.
Show you care by sending flowers

Guaranteed hand delivery by a local florist
B

Posted Aug 27, 2020 at 05:00pm
My deepest sympathies go out to the Johnson family, I will continue to pray for your family in this time of loss
Comment Share
Share via:
AB

Posted Aug 27, 2020 at 04:32pm
Dear Johnson Family
I am so sorry for your loss. Mr. Johnson was such a nice man. I remember the family when we lived on Irving St. Great memories. My thoughts and prayers are with you during this difficult time. Please accept my heartfelt condolences.
Comment Share
Share via:
CF

Posted Aug 27, 2020 at 08:56am
To the family of Alfonso Johnson, send our heartfelt condolences and prayers. Al was my worthy patron and he will truly be missed.

Posted Aug 24, 2020 at 09:34am
May your heart find comfort knowing that your love is at home with the Lord
Love Gwendolyn E.March Jones & Family
Comment Share
Share via: 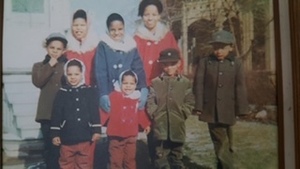